GWC, What Does It Mean?

GWC, What Does It Mean?

When I talk with entrepreneurs and leaders of businesses, the most frustrating challenge they bring to my attention is the hiring of employees and maintaining a strong employee culture.  Over and over, I am told how difficult it is to find the right employee and have the level of assurance that after the hiring processes has ended the new employee will be successful.  It is like playing craps in Las Vegas… you simply do not know where the ball will land after the wheel starts turning.  You hope for the best!

Employee recruitment as we know it today originated as a product of World War II.  It came about from the gaps in the workplace that resulted from the call for men to join the war efforts.  A lot of vacancies emerged in the workplace, which gave birth to staffing agencies.  There followed a mad scramble to hire the men and women who were not called into military service in a desperate need to fill the vacancies left by departing soldiers.  Even after the war ended, professional job recruiters continued to find work for the returning soldiers.  It was based on the concept that, “the seats needed to be filled whatever it took”.

Today, recruiting has been made even more complex with the four “T’s”… new creative tools, techniques, theories, and technology.  Every staffing, recruiter, or consulting company has its own special way of finding the right person.  Finding the right person for the right seat on the right bus has become specialized, tactical, and most of all, complicated.

EOS® Worldwide (Entrepreneurial Operating System) supports entrepreneurs and business leaders to go from complexity to simplicity!  So, let’s discuss a tool from the EOS® Toolbox that might change your recruiting and hiring practices.

Change is a scary concept to many, but in reality, it’s part of life.  You can either embrace it or run away from it. When evaluating the change that occurs when hiring a new member of your team or reviewing current employees, there are a few questions as a leader you should ask. Do they get it? Do they want it? Do they have the capacity to do it? (GWC)

For your business to continue rising to the next level and for you to compete and beat out your competition, you need to have employees who understand and can fulfill every aspect of the position they are being assigned. As a leader, your job is to clearly identify the seat; including the roles, responsibilities, expectations, and overall big picture ideas. If a new hire or current employee does not seem to be filling all of the above areas, then one of the elements of GWC is more than likely missing. 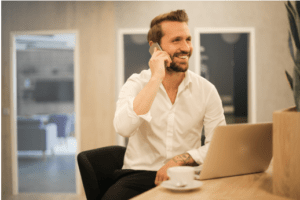 We cannot emphasize this simple principle enough when hiring or maintaining an employee in an assigned position…DO THEY GET IT?  DO THEY WANT IT?  DO THEY HAVE THE CAPACITY TO DO IT?  If the answer is not “YES” to each of these three questions, you are sure to have a challenging situation and will become frustrated over time.

When adding the process of GWC to your organization, make sure this below process is also completed for every leadership team member as well (yes, including yourself), because according to Gino Wickman, “If you’re truly going to commit to building a great company, a strong leadership team, and getting the right people in the right seats, you must prepare for change on your leadership team.”

Does the candidate understand what is expected of them in this role? What about company culture? Can they explain why this job is important? Do they understand the small day-to-day tasks while also clearly understanding what the big picture is for them? Do they get it?

The answer to these questions needs to be a “yes”. If the answer is no, they are not the right person for this seat.

Does the candidate want this position? Are they excited about it? When someone enjoys walking into work each morning, it shows. They ask thought out questions, provide ideas, and are present when they work.

There needs to be a “yes” in this area as well. If the potential hire does not want the position, it will show in their work. Instead of hiring someone right away who seems to fit all your requirements, spend the extra time to find yourself the perfect person for this role. Adding in the extra time now will save you the time that will be needed once you have to go through this process a second time.

CAPACITY TO DO IT 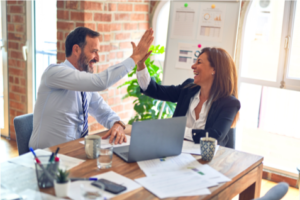 In some instances, it’s alright for this answer to be a “no.” For example, if a person needs more time, there may be a way to free up their schedule to shift their focus more towards this role. Additionally, a person might currently be missing certain skills needed to complete the role’s requirements, but that can easily be fixed by teaching them the missing skill set.  However, even if the initial answer is “no”, there can be a path (Personal Improvement Plan or PIP) of gaining that capacity so that the answer is ultimately “yes”.  If you cannot get to the “yes”, then they probably do not have the capacity.

GWC seems self-explanatory when looking at the above descriptions, but in reality, it can get confusing.  So, let me share a couple of personal examples I have experienced.

Emily was a very artistic and creative person who wanted to be employed as a member of the creative production team of a marketing company.  The company did not have a position available that satisfied Emily’s desires, but the company saw the creative value and potential in Emily.  They did have an executive secretary’s position open and they offered it to Emily which she accepted.  This was her road in to ultimately getting what she “wanted”.  She did “get” what the secretary’s job was all about, she really did not want it, and while she had the general capacity to do it, her heart was not into it.  After three months and not being assigned to a creative position, Emily was fired.  She simply could not stay focused on the job she was hired for and she failed terribly in being a high level employee.  She was simply the wrong person in the wrong seat of the marketing company.

Then there was Jim who joined a civil engineering company to lead a team of five engineers.  He completely understood the duties and responsibility of the job and he wanted the job.  However, he had a personality that could not say “no” and was a poor leader of people.  After six months of not saying no, his plate was so full that he consistently found excuses why he was failing and his team simply would not follow his lead.  It became so intense that he resigned.  It cost the company over $200,000 to find another Jim, one that could say “no”, manage what was on his plate, and who had the personality that people would follow.

Finally, there was Sandy.  Sandy was the perfect person during the interview and hiring process.  She had the right personality, she said the right skillset, and she answered questions that the President of the company put to her.  She was to become the Director of Human Services.  She badly “wanted” the job and presented herself in a way that it looked like she had the “capacity” to do the job.  However, after being hired and getting into the depths of the position, she simply did not “get it”.  The job was bigger than she was capable to handle and she just did not get what was needed to be successful.  Her not “getting” the job resulted in the morale of the company declining because of her not recognizing the importance of her position as the Human Resources Director.

So, what can you do with every employee or potential employee:

In the future, this simple test of “get it”, “want it” and having the “capacity to do it”,  may be the litmus test in the hiring or maintaining of your employees, and even yourself.  In the end, our goal is to have the right people, in the right seats, on the right bus!

How would you implement GWC into your organization? Do you think this is a useful method? We are always happy to meet with anyone, so if you would like to continue this discussion further, please contact us at ashley.berecz@peerexecutiveboards.com.We will be happy to get back to you!

TractionPure2 is an affiliate of Peer Executive Boards and focused on “elevating entrepreneur businesses from complexity to simplicity” using the EOS® Model and Process.  EOS®, the Entrepreneurial Operating System® takes entrepreneur businesses on a journey of mastery of the EOS tools which enables businesses to elevate their leadership teams to make better decisions, maintain a level of accountability, and attain greater success more simplistically.  The components of EOS® are Vision, People, Data, Issues, Process, and Traction, which when used effectively attains a healthier organization with greater success.  Marshall Krupp is the founder and Principal of TractionPure2 and a recognized Professional EOS® Implementer serving clients throughout the nation.  He is also a national speaker, a past award-winning Vistage Worldwide Chair, and a past career in providing crisis management strategic service to businesses, governmental agencies, and not-for-profit organizations.

← How To Keep Focused When Working From Home What Does A Simplistic Business Operating System Look Like? Do You Have One? →